So as you know we traded the Oz-Tent for some 4 and a half star luxury. It was bliss. We planned to stay for 3 nights and ended up staying 6. We were so taken with Darwin we will definitely be back! Maybe to holiday, maybe to work or even maybe to live.

We stayed at the Medina/Vibe located on the Darwin Waterfront over looking the Wharf Precinct and the Wave Lagoon. We had a modern one bedroom apartment, fully self contained so we could still cook all our own meals. Although we did end up going out to dinner at the Marina one night. It was yummy, an Italian place called “Sea Dogs”. Funny name, beautiful food and fantastic customer service. Highly recommended.

Our time in Darwin made us feel like millionaires after so many nights tenting it we had a king size bed and air-conditioning. All the luxuries of home plus more and in an amazing location. When we were looking for a place to stay we popped onto Trip Advisor, the website where guests review accommodation. All the reviews were pretty bad but the price was reasonable and the pictures were good so we went with it. We were pleasantly surprised as none of the issues that people mentioned in their reviews were apparent during our stay. In fact we were blown away especially with our house keeper. The lesson is and we have learnt it time and time again on this trip when people tell you something take it with a grain of salt. This applies to road conditions, accommodation, caravan parks, places to see etc. One persons opinions could differ completely from yours. So if someone says don’t go there its a horrible place take it on board go there anyway and form your own opinion. If it’s as bad as they so it’s something to laugh about later but what if it is another beautiful Australian gem that they were just looking at the wrong way?

During our 6 nights/7 days although there was plenty of relaxing going on from sleeping in to watching movies and lazing by the pool. We still managed to squeeze a lot into our time and we didn’t see it all. There is so much to see and do (well that is our excuse to go back anyway).

Our first port of call after a relaxing Sunday arrival was a few car issues needed to be sorted. We headed to Discount Auto Parts (The Darwin Ironman Dealer) to rectify the issues with the awning (which the rivets had popped out on) We had success there they replaced our awning right then and there. They also ordered a new fog light for our Ironman Bumper which had sheared right off somewhere due to corrugation.

The second spot was Darwin ARB to get the seal replaced on the canopy as it was coming away. They didn’t have any spare to replace it with though so they reattached it for us and told us to stop at the next ARB dealer if we had further issues. While we were their Shaun asked about getting the shackles on the Old Man Emu Suspension greased and they were more than happy to do it right then and there. When Shaun asked how much? They said don’t worry about it and we were on our way.

The other car issue we needed sorted while in Darwin was it’s 10,000km service. We decided because we didn’t know the area well we  would get the service done at the Holden Dealer. BIG MISTAKE. I have to say I have never been so disgusted with customer service. Each person we dealt with from booking it in to dropping it off and even the courtesy car driver who took us back to our hotel were RUDE – Bloody Rude!! (There will be more on this later – rant to follow)

So we wrapped up all the boring chores to do with the car (including washing it) and it was time for the fun stuff. We headed to AquaScene to hand feed the fish, a really funny sensation. Good for kids and “big” kids. We had fish and chips at the Wharf Precinct for lunch one day. It was very nice and unbeatable location. On another day we went back in history and explored the Fannie Bay Gaol. The gaol was opened in 1883 and operated up until 1979. The last executions to take place in the Territory occurred here in 1952. Google the names to find out the crime these two committed – “Jerry Coci and Jonus Nopoty”

We also went to the NT Museum and Art Gallery where they have an excellent exhibit on Cyclone Tracy which hit Darwin Christmas Eve, 1974. The wind gauge at Darwin Airport had a reading of wind gusts at 217km/h before it too was blown away. It was a very tragic event in Australian History – 71 people lost there lives and 41,000 people lost almost everything. We also visited the Aviation Museum which is home to a B 52 Bomber.

The other touristy thing we did was a visit to Crocodylus Park. A crocodile conservation/research park and zoo. It was very interesting. We got to see mazzive crocs at feeding time and even got to hold a baby crocodile. They feel so funny especially when they get wriggly.

We saved all the war sights and the war museum for Remembrance Day. It was a great place for the 11am minute silence standing at East Point Reserve. Darwin was bombed on the 19th of February, 1942 coming up to the 70th Anniversary next year. The bombings continued through to November 1943. Interesting Did You Know fact? There were more bombs dropped on Darwin than Pearl Harbour!

Our Darwin adventure was AMAZING! We had such a lovely time. We will be back there for sure.

Published by S and S

Following our dreams and seeing Australia one trip at a time. View all posts by S and S

2 thoughts on “Luxury in the Top End”

Autumn is such a beautiful time of year 🍂 #enjoythesmallthings #autumn #tistheseason #japanesemaple #changingcolors #homesweethome
Find the beauty in everything 🌸 #rosegarden #growyourown #littlepretties #prettyinpink
The world is changing.....this time will teach us all so many lessons. Some we can’t even imagine yet! So for now - Appreciate the small things 🥰 Appreciate each other ..... And oh boy when this is over, let’s hope we are better humans! 🌷🌷🌷 #isolife #stayhome #appreciateeachother #reachout #stayconnected #rosesarentalwaysred #whostoleacookiefromthecookiejar
Homegrown 🌽🌽🌽 #growityourself #cornonthecob #backyardfarmer #supersweetcorn #cornfed #veggiepatch
Happy birthday old man! Love having you near by. To many more adventures together! #shawswinery #murrumbateman #winecountry #coldclimatewines #birthdayboy
You are amazing! Truly amazing! #snowymountains #kosciuszkonationalpark #islandbend #happyfriday
Oh my favourite- you are safe and you are beautiful! #bushfires2020 #snowymountains
I love a sunburnt country, a land of sweeping plains. Of ragged mountain ranges, of droughts and flooding rains! #bushfires2020 #snowymountains
Mountain mama take me home! #snowymountains 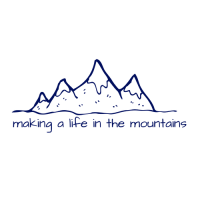 Travel Tales With A Twist