One boy, a father of two with a crazy resume that lists stilt walking and fire twirling as two of his previous occupations. It is now Michael’s self-employed day job at Dracula’s pays the bills. Another boy, a bachelor with 2 plates and over 20 screws holding him together after a critical motorbike accident. Nick’s injury even prevented him from attending his famous, uncle Ian Turpie’s funeral and from continuing his five year career at BCF. Together both boys have been mates since high school now almost thirty residing in the land of sun and surf on QLD’s Gold Coast. No one could possibly guess what they do for fun.

Camp oven cooking is an art and these boy’s are modern-day Picasso’s. Exposed to camp oven cooking at a mate’s 21st, out on a small banana farm hidden in the mountains of NSW. The parents of the birthday boy catered to all sixty guests with camp oven roasts. It was this night after a great feed, some beer and one hell of a view over the ocean planted the seed for bigger things to come.

At the next opportunity, Mick Viller and Nick Turpie purchased their very own camp oven. With camp oven and mates in tow they headed to Mumma Mick’s place out near Millmerran, QLD. The fire burned all weekend long and the boys cooked breakfast, lunch and tea camp oven style. As luck would have it Millmerran is the home of the famous Camp Oven Festival held annually in October. This small coincidence was the next piece in the puzzle.

After a few brews they decided to enter the camp oven cooking competition. As with all competition they thought best to practice first. Late one night fooling around on YouTube looking for ideas, tips and how to’s the boys had a light bulb moment. Why don’t we do this exact thing? Film ourselves camp oven cooking, with hints, tips and recipes and post online. To start off they used an iphone to video. The quality wasn’t too crash hot. But from little things big things grow and grow things did. These early videos led to cooking demonstrations at camping shows and a strong online, social media presence lead to the naming of “The Cast Iron Boys

”. Now armed with an Olympus Digital SLR camera to film themselves and a DVD/ book package the sky is the limit.

The Cast Iron Boys have a committed social media following which in this day and age is necessary for success. They now have sponsors including Southern Metal Spinners, Oztrail and Tentworld with many more wanting to jump on board. Their demonstration calendar is filling up quickly and you are sure to see them at a camping show near you in the near future. 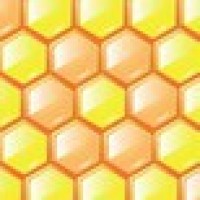 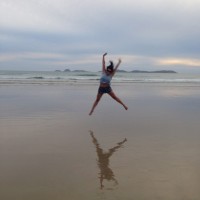 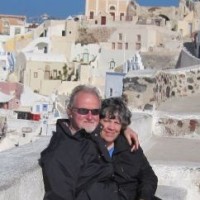 FASCINATED BY THE WORLD

For travelers who love our planet and want to explore it sustainably.