Well we have taken the plunge and dived right in. Excuse the pun, or don’t, it is up to you.

Our sea-change has finally taken place and we are slowly finding our stroke. No floundering has occurred as yet and we are hopeful it won’t occur at all…. but we never say never here at Norris Around Australia and neither should you. Life is a wild and crazy ride and anything can happen.

We are hoping this is our place…..after travelling all over Australia we always keep coming back to the Northern Rivers of NSW. If you keep coming back somewhere and you can feel it inside you, you should at least give it try. This little coastal village combines all our loves;  water, small-town feel, a sense of community and close to a world of exploring.

Don’t fret our dear and loyal readers, we still have nomadic blood flowing through our veins and are still the travellers you have grown to love. Although we are trying to build a nest here in the Northern Rivers of NSW, there will plenty of travels now and in the future. These may be big trips, short trip or weekend gallivants but they will be worth sharing and worth reading about.

After years on the road exploring this great country we are under-taking a massive life-change. Change is good. It challenges you and stretches you.

Don’t live the same year 75 times and call it a life. Robin Sharma

As I look back over the past several years, we have done exactly that. We have not done so without fear mind you. Some of the best decisions we have made have left me frozen stiff but these have turned out to be the best years of our life so far. We will continue to design our own life and live a life worth living. We hope you do to. Here is to new beginnings.

We have some blasts from past for this Throwback Thursday! 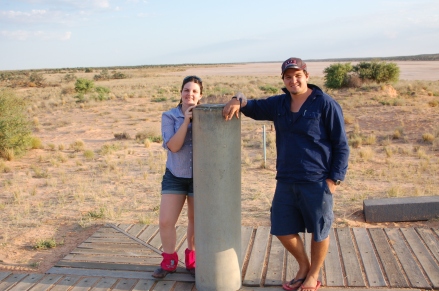 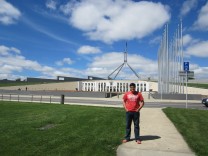 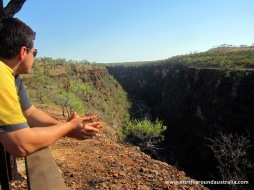 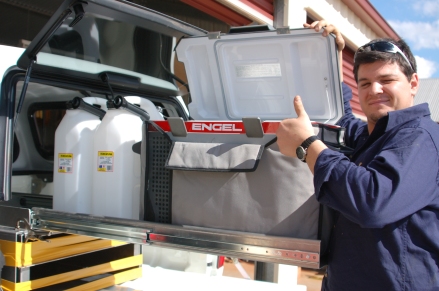 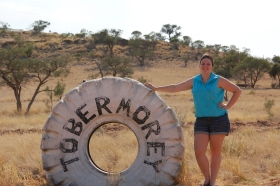 Well we did it! We have hit the road again. Where are we you ask? Now we are not normally ones for travelling through over-populated cities and overly touristy regions however, at the moment that is exactly what we are doing! There is a method to our madness. One: we have spent over seven months on the edge of the desert. Two: it’s been bloody hot and we just wanted a sea breeze and Three: it’s Christmas time soon so we have family and friends to catch up with over the festive season.

On leaving Tobermorey we had no plan other than to be in Toowoomba before Christmas and get there via a series of beach hideaways. No plan is the best plan! We left on the 10th of December which gave us 14 or 15 nights to travel to Toowoomba. Like always we are taking the long. We shot straight across to Hughenden for night one. We were too tired to continue so we stayed the night. Nice caravan park near the community pool. Free entry for campers. It was great to be back on the road and in the camper again. The second night we were aiming for Port Douglas but got caught up in the luscious green of the Atherton Tablelands. After spending so many months on the edge of the red, vast and dry desert it was unbelievably hard to take in all the greenery of the Tablelands. Millaa Milla Falls were beautiful as were the lesser known surrounding falls. We opted for a free camp that night down the range on Henrietta Creek.  It is a national park area. $5.45 per person. We class that as free. It’s cheap as chips almost the same as buying a coffee in some places.

Tobermorey was the hardest place to leave even harder than right back at the start when we left our home. Tobermorey was and always will be a massive part of our lives. From the Tablelands we will make our way across to Port Douglas via the Rex Highway. 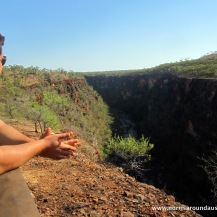 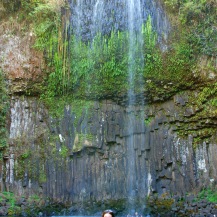 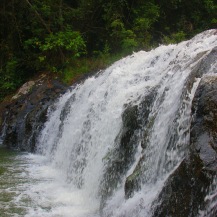 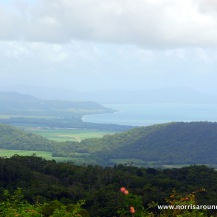 Rex Highway Lookout on our way to Port Douglas

Please pop over to

The article is written by my Father about his Lotus Trooper Off Road Caravan and includes some of my photography.

This is the first article for our special destination series. Enjoy

You’re standing on a steep river bank surrounded by stark white ghost gums dangling a line in the Barcoo River as it flows through Channel Country, Central Queensland. The wide blue western sky creates a natural contrasting backdrop behind the red sand hills. There is no one for miles except your family, your campsite, your 4WD and you.

You’re within the 124,000 hectare National Park which is known as Welford.

The Park is 991km west of Queensland’s capital city, Brisbane and lays between Jundah and Quilpie. Formerly known as Walton Downs, the park was a grazing property belonging to Richard Welford, hence the current name. The National Park was established in 1992 to protect the various ecosystems of mulga woodlands, Mitchell grass and channel Country. All roads into Welford are unsealed and the smallest amount of rain can close all access points.

There are two camping locations both located on the edge of the Barcoo. Both areas for camping have no facilities except for a bush toilet at Little Boomerang. This being said you would need to be fully self-sufficient for this isolated area.

Not only can you relax along the bank of the Barcoo with a fishing line you can also launch canoes or boats into the river and explore the park from a whole different angle. There are bush walking tracks that explore the diverse landscape of Welford including a moderate grade walk to Sawyer’s Lookout which rewards you with panoramic views of the Channel Country. Throughout your walks keep an eye out for Aboriginal stone arrangements & water wells these are scattered all over the Park completely untouched.

4WD enthusiasts visiting Welford National Park will not be left disappointed. There are three scenic drives ranging in duration from around one and a half hours to four hours. These drives will take you along the Barcoo River weaving around billabongs created by the Dry. These remains of water from the Wet are filled to the brim with various Australian Bird life including Pelicans, Black Swans, Cormorants, Kites and so much more. It is more than relaxing to sit on the bank and watch the birds land on the water as if no one is there. There are also various other native wildlife throughout the park including Emus, Kangaroos, Wallaroos, Brushtail possums and the rare yellow footed rock wallaby. The other drives will lead you through red sand dunes like those seen in the Simpson desert. These dunes form the most Eastern part of the Lake Eyre dune system. The perfect time to view them is at sun-set as the sun hits the dunes turning them bright red against a vivid blue sky.

The special thing about Welford is not many people know about it and most have only stumbled upon trying to reach another destination. If you happen to be traveling through Central Queensland make sure you stumble upon Welford National Park and stay for a few nights, you won’t be disappointed.

Next destination in the series is Birdsville – Keep Following! 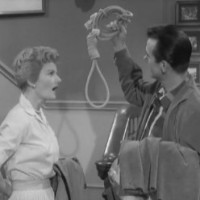 I have a future, because I have a past.